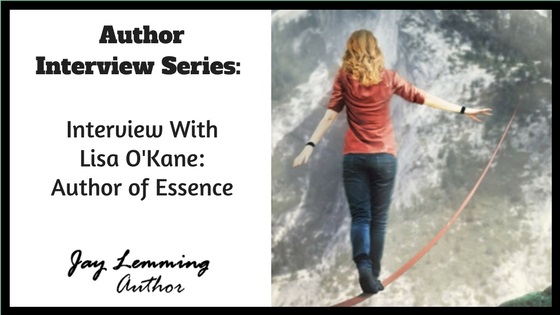 I was excited to recently connect with and interview Lisa Ann O’Kane whose debut young-adult novel, Essence, was released on June 3, 2014. I have known Lisa (virtually) since 2011 as we both, on different occasions, belonged to the same close-knit writers group in Denver, Colorado. Lisa has since moved to Florida and I to Maryland. However, we became friends through a mutual love of writing and it has been my pleasure to watch her exciting though sometimes challenging journey to publication.

1. One of the main questions Essence poses, Lisa, is: “What is the true nature of a person’s essence?”. Outside the context of the book, what would you say is the essence of true living?

What a fantastic question, Joe, and thank you so much for interviewing me! I would say the essence of true living is the courage to distinguish between the experiences society tells us we need and the experiences we actually need in order to thrive. Everyone’s life path is different, and the most destructive thing we can do to ourselves is spend too much time comparing our personal milestones to everyone else’s.

I was definitely an idealist in my early twenties when I believed I would spend my life traveling the world and volunteering, but I don’t think this is necessarily a bad thing. I have had to learn some very hard life lessons as a result, but I do appreciate the fact that I had the courage to risk failing. I only think idealism becomes dangerous when it begins to override logic. It also becomes dangerous when people start imposing their beliefs on others. This is the crux of the conflict in Essence.

Great question! The outdoors most definitely holds a spiritual significance for me. My parents are former park rangers, so I grew up hiking, camping, swimming and exploring with them. I learned to identify flora and fauna before I learned to write, and I can’t remember a time when I didn’t seek solace in nature. I am pretty confident the outdoors will always be a character in my future novels.

I’m so glad you appreciated Ryder’s metamorphosis! He was definitely the biggest wildcard in my novel, because my original plan for him was very, very different. Once he and Autumn began interacting, however, their relationship really took on a life of its own. In many ways, they are the yin to each other’s yang, and their personal journeys ended up reflecting this.

In the spirit of yin and yang, I really wanted to explore emotional extremes in Essence. Idealism’s natural pair was disillusionment, so I’m excited you picked up on this! The book is all about literal and metaphorical balance: between right and wrong, good and evil, too much and too little. I wanted to demonstrate that there is really no such thing as black or white, and nearly everything is a shade of grey.

Thank you so much for your condolences. The demise of Strange Chemistry was certainly an unexpected heartbreak. I am thankful for the time I got to spend with my team of professionals, and yes, the novel will continue to be available through Amazon.com and BarnesandNoble.com.

I originally wrote Essence as a standalone novel with series potential, and the folks at Strange Chemistry jumped on the idea of its sequel right away. I have been developing that sequel for the past year, so I am definitely disappointed it will no longer be published as planned. Although I am comfortable with the way my story now ends, I am exploring other alternatives to “finish the story” for the readers who want to know what happens next. I am also working on a completely new project, so I will have to do some strategizing to decide what I should do next.

Woohooo!!! I live in St. Petersburg—less than two hours from Orlando! Name a time and place, and I’m THERE! Can’t wait to finally see you in real life! Thanks again so much for the great interview! 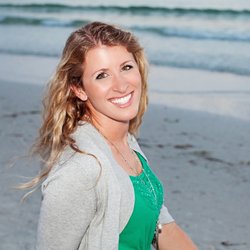 Lisa Ann O’Kane is a young adult author and former vagabond who once camped out in Yosemite National Park for an entire summer, an experience that inspired her debut novel ESSENCE (June ’14, Strange Chemistry). She is the Zookeeper-in-Residence on Jobstr.com, and she is represented by Hannah Bowman of Liza Dawson Associates. Participate in Lisa’s social networks: Facebook, Twitter, Google+, Instagram and Pinterest.