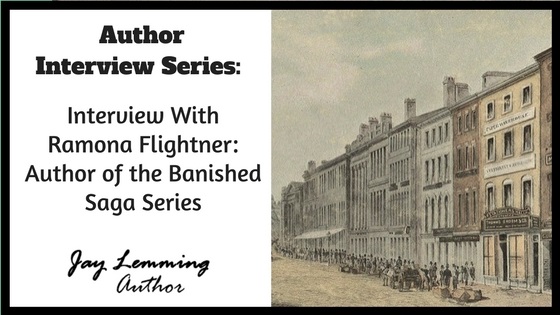 “Looking Up State Street Toward Old State House” by Anonymous, From Old Boston Photograph Collection, licensed under CC BY 2.0

As a fan of 20th century American history, I recently was privileged to interview author Ramona Flightner and to learn how her Banished Saga series goes back in time to depict Boston around 1900. In particular, her writing reflects the status of women and immigrants in New England more than 100 years ago. The interview follows.

The early 20th century is a fascinating time in American history. The more I researched the early 20th century, the more I realized there were numerous parallels to today. Like today, there was a rapid change in technology. Electricity, the telephone and automobiles were just a few of the things that were forever altering life in America. An influx of immigrants who weren’t like those already here provoked ethnic and class tension, similar to what is occurring now. The role of women was changing and the United States was involved in an unpopular foreign war in the Philippines.

I chose Boston because I live here and I thought it would be easier to write about a place I know. I still had to research quite a bit as 1900 Boston is not the Boston of 2015. Neighborhoods have changed, and one, the West End, was razed in 1958 during an urban renewal movement in Boston. Before researching my novels, I hadn’t even realized there was a West End in Boston that had been similar to the North End. One of the favorite parts of my research was learning more about Boston’s history and wandering its different neighborhoods.

I’ve always been interested in the women’s suffrage movement. I come from a long line of strong-willed women, so in many ways, it was inevitable that suffragism would be an integral part of my series. At first, I hadn’t wanted to include it for fear that too much of a personal interest and passion would be reflected in the books. I’ve since learned that to write convincingly I must have a passion for what I write. I think this is true for most authors. As for immigration,almost  everyone at some point in their family history in the U.S. comes from a family of immigrants. The cultural and social clashes present in 1900 due to immigration provided much-needed tension to my novels.

I do a lot of research before I write and even more as I’m in the midst of writing. I’m constantly making notes to myself as I write about things that I need to research further. Banished Love was my first novel, and as such, I was learning how to write as I wrote it. Surprisingly, the first draft of Banished didn’t have suffragism in it at all. It was only when an astute beta reader advised me that the book needed more depth that I considered adding suffragism, and it has now become one of the main threads of the entire series.

What surprised me most when I began to research suffragism and the suffrage movement, was that there existed a group of women who were anti-suffrage. I had expected there to be men against suffrage, but not women. Here is an interesting article I read about why women didn’t want the vote.

There are so many things that women take for granted. A woman had to guard her reputation lest she lose her job. For example, if a female teacher was seen speaking with, walking with, or having tea with a man not of her family, it would have been reason alone to fire her as her character would have been suspect. There were very few professions seen as acceptable to women, mainly teaching, nursing, or working in an office as a secretary. However, once a woman married, they generally had to give up working outside of the home. This didn’t end until at least the 1950s for teachers throughout most parts of the U.S.

States had begun to enact “Married Women With Property” Acts starting in the mid-19th century, with the intention of making it legal for women who entered marriage with property, or who earned money during their marriage, to maintain control of their property or earnings. However, many states were slow to pass such laws, and if the laws were not explicit in the granting of rights to women, the judge would revert to the practice of “common law,” granting all property rights and earnings to the husband. Women couldn’t have individual bank accounts unless they were widowed or a male relative acted as a co-signer. The list could go on and on. As can be seen, life was quite restrictive for women in 1900 and beyond.

To be a suffragist in 1900, a woman had to be willing to defy conventions and at times, her family. I wanted Clarissa to chafe against the restrictive social conventions of her time and to want for more. She was already defying her family and her prescribed social role as an upper class unmarried woman by working as teacher at a poor immigrant school. By becoming a suffragist, she was further challenging her role in society.

By challenging convention, Clarissa wins the freedom to choose the future she desires, not the one her family deems appropriate. She joins the women’s suffrage movement, even though her stepmother despairs. Her stepmother believes it will preclude her from ever marrying as no man would want such a radical woman. Rather than follow the guidance of her family as her cousin Savannah had, Clarissa is determined to marry for love. She meets Gabriel McLeod and their journey to be together forms the first two novels in the saga.

Boston was a progressive city in that there were numerous organizations working first toward the abolition of slavery in the mid-19th century and then working for women’s suffrage. Lucy Stone had founded the Woman’s Journal, a woman’s right newspaper published weekly. Julia Ward-Howe, a suffrage activist, lived in Boston in the early part of 1900, and there was the New England Woman Suffrage Association and the New England Club. However, there appeared to be an equal number against the vote, as the two referendums in Massachusetts to grant women suffrage, in 1895 and 1915, failed to pass.

Subscribe: Thanks for reading my interview with author Ramona Flightner. If my historical, social and political stories don’t get delivered to your inbox yet, please leave your email address. Once you subscribe, check your inbox to confirm your interest. 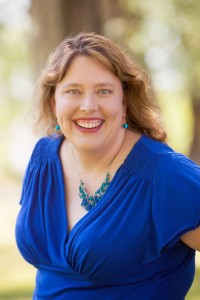 Ramona Flightner is an avid reader, writer, and traveler. By day, she practices the healing arts as a nurse practitioner. Every other moment, she’s researching, reading and writing her next novel. BANISHED LOVE, RECLAIMED LOVE, and UNDAUNTED LOVE are the first novels in her forthcoming Banished Saga.

Ramona is from Missoula, Montana. She currently resides in Boston, Massachusetts. Her favorite pastimes are fly fishing the cool, clear streams of a Montana river, hiking in the mountains, and spending time with family and friends. You can follow Ramona on her New Release email list, on Twitter, Facebook or Pinterest, or by visiting her website.