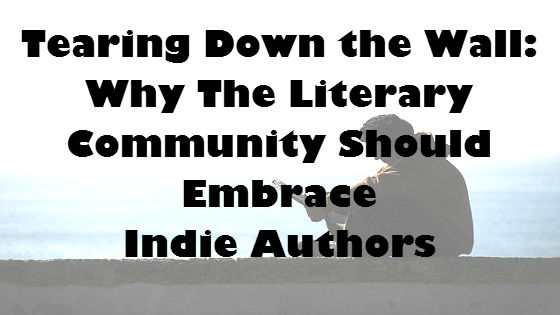 Back at Fordham University, where I earned my MA English in 1998, one writer most graduate students had an opinion about was Stephen King. I mean, EVERYONE has an opinion about Stephen King. But anyone who has decided to dedicate their professional lives to reading and critical analysis–that is, the professors-in-training who pass through English graduate programs–deserve to be heard out. Should Stephen King be part of the literary canon–yes or no?

It became clear that at some point around the mid- to late 1990s, King aspired to literary recognition. Bag of Bones was his first novel with the words, well, “A Novel” on the cover. Before then, it was enough just to have the name “Stephen King” emblazoned in font size ten million above whatever the title of his latest outing happened to be: Dolores Claiborne, Misery, Eyes of the Dragon, etc. etc.

And then there was King’s The Man in the Black Suit, a short story which ended up winning the O. Henry Award in 1995 and appeared in the New Yorker the year before that. A few years later, after King was hit by a van driven by some idiot paying more attention to his dog in the back seat than to where he was driving, he appeared at a New Yorker event on crutches and received a standing ovation.

The literary community, after a time, lightened up and decided to open the door for him, at least a little.

But Stephen King, in this case, is really only the symbol for a much greater question that serves as the topic for this post: when will the community of literary readers embrace indie authors?

Literary Fiction: For Snobs or Just the Misunderstood?

Readers of literary fiction have always faced accusations of snobbery, elitism and condescension. The accusations go so far as to suggest such readers are really less interested in reading and MORE interested in building a wall to keep out lesser beings…the hoi polloi, if you will. And perhaps there are some credible arguments to be made in defense of this position. After all, literary readers will discuss ad nauseam works such as Ulysses, The Sound and the Fury, the works of Virginia Woolf and other important texts that–you know–mere mortal readers wouldn’t POSSIBLY understand.

A complete write-off for the literary community, yes? It should be, maybe, except for what we described above, which saw the gradual opening of the door for the esteemed King of Horror himself.

So now that King has demonstrated that the highfalutin’ types among the literati can’t always keep out the barbarians at the gates, let’s look at literary fiction from the point of view of an indie writer. That is, after all, what I am…and that’s why I am griping here on my blog.

What am I griping about, in fact?

As the author of an upcoming literary novel, Billy Maddox Takes His Shot, and of a collection of literary short stories, Death to the Children and Other Stories, I would love to open my work to as many readers as possible and I have a strategy to do so.

But let’s establish something first, as a reminder. I am one of the literati. I love the classics. I have read and written about Ulysses; during my comprehensive exams, I wrote about the broken clock in the Compson household (The Sound and the Fury, again) and about Woolf’s distant lighthouse by way of exploring the “broken” aspects of modernist fiction. I am one of the accused regardless of how long it has been since I left the university.

Literary Writers and the Journey to Indie Publishing

But I am also a writer. And because I love to read literary fiction, I also love to write it. I love writing about the manifold aspects of the human condition–not through the cloak of fantasy, romance or science fiction though there’s nothing wrong with those genres.  But that’s just not where I am at.

I have also sought traditional publication. I wrote a 900+ page novel called Journeying Away, that was an attempt to replicate Thomas Wolfe’s Look Homeward, Angel. Agency representation eluded me.

An early draft of Billy Maddox Takes His Shot NEARLY received the interest of Kim Witherspoon at Inkwell Management but then was rejected.

So I’m one of the literati operating at the grassroots level. Never one to be discouraged, I then decided to go indie. Late last year, I enrolled in Nick Stephenson’s Your First 10,000 Readers course, in which Nick shares his strategies for becoming a self-sufficient indie writer to those who hope to replicate his success.

One of Nick’s strategies is to “partner” with other writers from the same genres to share visibility-building opportunities. Both my upcoming books are coming-of-age stories, and Amazon has dedicated an entire category to coming-of-age tales. So I hopped on Amazon looking for other indie authors who write literary fiction. The only problem is: there are hardly any! Most books I found during my research are either traditionally published or, if they’re not, the coming-of-age aspect of the books intersects with another genre such as romance, or fantasy or something like that.

So am I cutting new ground here and going where no literary writer has gone before? If I have gone unpublished and yet consider myself one of the literati, should I just relegate myself to invisibility and NOT publish at all? Should my rejection by the traditional publishing community turn into a rejection by myself if I’m out here all alone as an indie literary writer hearing nothing but crickets?

Elitism: Yes or No?

The fact of the matter is, readers of literary fiction aren’t elite. They (we) are dedicated to understanding the many nuances of the human condition as demonstrated through the art of a large number of literary writers, whether they be Proust or George Eliot. An analysis of their texts only deepens that experience. That analysis does not come from the rejection of other readers but of fully focusing on the exploration of the characters’ experience. The human experience is nothing but nuance and literature that reflects this reality will be, to readers interested in such motives for writing, exciting.

So with that said, I’m now pretty annoyed that as a literary writer I DO feel shunned. While readers of genre fiction have successfully begun to compete against traditionally published authors, it seems as though the literati have drawn a protective wall around such traditional publishing to keep the likes of ME out…..

Just what is my role now and where do I stand? I have, in fact, begun to doubt my above assessment that literary readers are not elitists. Is the failure of traditional publication a kind of scarlet letter when it comes to literary writing? Is it impossible, therefore, to suppose that someone in my shoes could not possibly have authored a book with literary merit?

The thought makes me quake with fury in my writer’s boots.

This rejection has left me with few partnership opportunities with other indie writers. Literary writers would tend to be in either one of two places at this point–either they are with the likes of Random House or they have stuffed their manuscripts under their beds when they couldn’t find an agent and accepted the rejection of their own community.

I’m sorry but this is nonsense. There is no reason why the literary world should fear indie writers who aspire to limn the same elements of the human condition they have long enjoyed by authors supported by traditional publishing houses. Traditionally published writers may, in fact, benefit from some esteem–here, it must be thought, are the writers who excited the likes of agents and publishers. But the reality, too, is that traditional publishing is an economic business and one being hard-pressed by the ease in which anyone can publish a high-quality book.

That reality has already hit the genres and plenty of indie genre writers are benefiting tremendously from access to readers they have managed to connect with via their own marketing strategies. It can’t be long before the readers of literary fiction have to face the same music too.