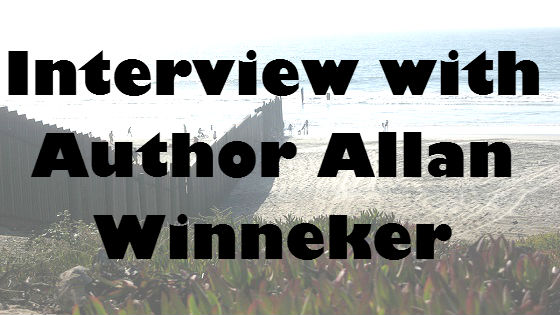 1. Tell me about Brian Terry (a former Marine turned Border Patrol Agent who was killed in 2010). How did you find out about that agent’s death in Rio Rico, Arizona?

The news and discourse on Operation Fast and Furious got my attention when it happened.  Information released in the media recently indicated that at least one of those weapons ended in El Chapo’s possession.  The administration seemed like it wanted to avoid talking about it and the story stuck in my mind when I decided to write the book.

2. What was it about that event that inspired you to delve into the world of the Border Patrol? Your interest could have gone in a political direction — Fast and Furious — but you did a more straightforward thriller — a ransom situation.

There’s been a lot of criticism about the Obama administration because of Fast and Furious.  However, I did not want to write a politically focused story.  It seemed to me that the kidnapping would be a more interesting twist on the cartels.

3. In your preface, you write: “Difficulties, politically motivated and otherwise, tend to get in the way of our recognition of the efforts they [Border Patrol agents] expend on your behalf.” Agents tend to be political objects and here you go humanizing the agents. Why was this important to you?

Because they ARE human beings, doing a dirty, dangerous and unappreciated job.  For the most part, the public doesn’t have a very good picture of what they go through in trying, with inadequate resources, to do a mammoth job.

4. Tell us a little bit more about how you researched this story, how you got information about the Border Patrol and the FBI, and how such demands as ransom are met and handled by the U.S. government?

Homeland Security PR was not very cooperative.  As I indicated in my Acknowledgments, I was directed to work with a Border Patrol Agent by telephone contact, as well as with an FBI special agent who had firsthand experience working border crime and drug cartel cases.  Both individuals were very helpful.  Most of my research on the Nogales border station was done via the Internet, which seemed to work out well.  The TV series “Border Wars” was also useful, providing visual information about the station location itself.

5. One of the most obvious ways you humanize the agents is by making them family men. Rusty has a pregnant wife (Melinda) and she is keeping tabs on her husband’s situation and regularly speaks with Tanya Childers (whose husband Gary has been killed). Did you research the family life of Border Patrol agents? Did you make it up that spouses might have to know their husbands are in dangerous positions? You also touch on the FBI agent Henkel’s family situation–divorced with a daughter whose social activities are a big consideration as she does her work.

Character building, in my view, necessitates humanizing the key players.  Otherwise they appear bland and uninteresting as the story progresses.  Before starting to write a book I read the work of the top contemporary authors, those who do a first-rate job of building their characters.  It really helps me prepare in this regard.

6. Some of the cartel members in your story don’t want to go public with the fact that they’re holding Rusty while others want to make money off it. I haven’t read your other novels but the premise of all your books suggests a very similar theme – how does one conduct high-stakes business across national lines? What are the risks and benefits? Do you have anything to say about that? Feel free to bring up your career since you obviously had experience working and living overseas. What did you experience that plays into this theme?

This is not an easily answered question in a short Q & A.  I lived and worked in Brussels for three years in the late 70s, and had business responsibilities that spanned the entirety of Europe, North Africa and the Middle East.  If you read The Expatriate, my first novel, you will get a better feel for how that experience influenced the way in which I treated the cartel characters in Border Line.

7. How did you craft the Calimar cartel the way you did? Did you read about the Sinaloas or the Zetas to develop the characters for your imaginary cartel?

Yes, I read extensively about the real-world cartels, their leadership, their drug distribution methodology, and the extent to which they use extreme violence to advance their commercial interests.

8. Let’s go a little deeper. Morales from the Calimar cartel contacts the FBI and demands $10 million for Rusty’s release; FBI Director Fox demands proof or a guarantee that Rusty is still alive which he doesn’t get. Morales tightens the screws pretty hard on the FBI. Tell me more about your experience with negotiations based on your career and how that might have given you some ideas about how to write about this topic?

In Europe, as well as in the Middle East, a huge percentage of the high-level players in business and government typically have their hands out.  When negotiating deals, this is, or I should say was, an essential ingredient in the process.  It probably hasn’t changed much in the four decades since my work abroad.  I felt that the ransom, while not a typical ploy of the cartels (they usually don’t need the money, and prefer to simply kill their prey) was an interesting twist.

9. A good part of the story on the American side takes place around Nogales, a well-known border crossing location. How did you decide to set your story in that location? That is where Rusty will be dropped off after the ransom is paid.

My research on border stations indicated that Nogales was one of the busiest.  A couple of very good “Border Wars” episodes focused on that station and the agents that manned it.

10. Tell me about the earthquake and how that idea came to you. It almost splits the book into two very different stories—though of course the overarching plot line is: Will Rusty Powell return home to his wife? How did you come up with this idea and how did you decide to use it? It’s a lot like life–something is happening (ransom negotiations) and then some completely random event affects everything.

I was looking for a different twist.  It helped me to take Rusty out of a rather straightforward kidnapping scenario.  My research into Northern Mexico turned up some interesting facts regarding potential earthquake eruptions.  It also enabled me to bring other characters into the story line, such as Angela and the doctors who treated Powell.

11. I can see a kind of indirect tie between Fast and Furious and Rusty’s situation. The President has authorized $10 million be given to the cartel in return for the agent’s return. What if they give a cartel the money and then the agent isn’t returned? In a way, you can say that risks the government’s reputation the way it suffered under Fast and Furious when the weapons got lost. And two of those weapons were actually around for Brian Terry’s death, representing a public relations disaster.

Good observation.  It also provided a vehicle to insert the federal government on a high level, although I did not want those people to be bad guys in the story.

12. Tell us about what story you are working on now.

It is a contemporary novel that intertwines racial tensions in this country with the dilemma of military veterans struggling to re-enter society after combat tours in the Middle East.  That’s all I will say about it at the moment.  There is no international intrigue.  It is fundamentally an American story.

Subscribe: Thanks for reading my interview with author Allan Winneker. If my historical, social and political stories don’t get delivered to your inbox yet, please leave your email address. Once you subscribe, check your inbox to confirm your interest.

[yikes-mailchimp form=”1″ submit=”Send me historical, social and political stories about your fiction.”] 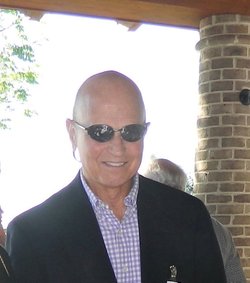 Allan Winneker has written four novels and is working on the fifth, which is also a thriller. A native Philadelphian, he previously had been a marketing executive and an officer in the Navy Reserve. Currently, he lives with his wife, Betty, on Callawassie Island in South Carolina. To learn more about Allan and his novels, visit Allan’s Amazon page.

If you don’t yet receive notifications of new blog posts, please leave your email address in this form so I can send them to you.
[mc4wp_form id=”1664″]