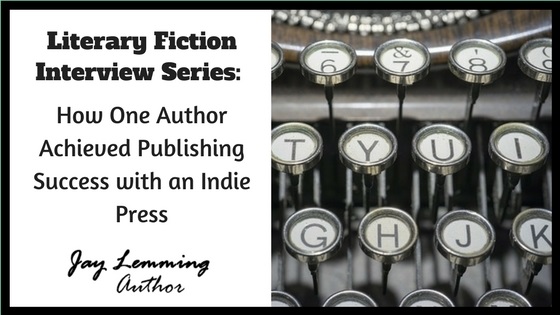 by J.S. Watts, author of A Darker Moon and Witchlight

Having recently been interviewed by author Jay Lemming on the subject of literary fiction (link to interview follows this post), I rashly agreed to write a longer piece on how I came to find the indie publisher who published my work of literary fiction (and subsequent novel), Vagabondage Press. So that’s what I’m doing, but where to start and what to say?

I should like to say that going with an indie publisher was a literary and philosophical choice, that I always intended to go indie, but I’d be fibbing.

At the beginning, like many neophyte writers, I had dreams of being discovered by an insightful literary agent who, in turn, would find A Darker Moon, my dark, cross-genre, literary fiction novel, a shiny and lucrative deal with one of the big publishers. So, at a time when literary agents were more difficult to reel in than even publishing deals, I started the grind of submitting to literary agents. Needless to say, whilst I had some nice rejections, I didn’t get very far. I then tried submitting direct to any of the larger publishing houses who accepted direct submissions. More rejections, but no offer of publication. I did, however, start to notice a theme developing amongst the more positive rejections.

A number of the nicer rejections (and, yes, nice rejections do exist) commented positively on the polished and stylish nature of my writing, whilst pointing out that the book’s multiple cross-genre nature was a bit of an issue. The comments were along the lines of, “lovely writing, but how are we going to describe, let alone market and sell a novel that straddles so many genres?”

The more I thought about it, the more I realised that I needed to search out and target a publisher who wasn’t wedded to traditional genre pigeonholes and who wasn’t fazed by literary fiction that dabbled in psychological horror, fantasy, myth and magic realism. I felt the big publishers tended to be the most traditional in their choices. Indie publishers, however, seemed more likely to ignore accepted boundaries and take risks. I started my search for a small, indie publisher who would be a good fit for my novel. Specifically, my aim was to find a publisher who would not be put off by cross-genre literary fiction and who would be interested in a book that merged dark fantasy and myth with an exploration of the human condition.

It took a while, and there were further rejections because things were not a good fit, but then I came across the mission statement of Vagabondage Press.

“We’re particularly interested in the question of what it means to be human, the exploration of relationships as a means for transformation and the complexity of the human psyche. Rich characterization, vulnerability, shifts in consciousness, alternate reality, music, wit, restlessness, sensuality and the exploration of personality are what we gravitate toward.

We hold the unique and simple belief that good writing transcends genre. We dislike the tendency in mainstream publishing to categorize and pigeonhole authors and their work into literary ghettos. Vagabondage Press has a commitment to providing an alternative.”

It seemed a perfect fit for my novel. I just knew I had to submit to this publisher. So I did. And they said yes. The rest is history. A Darker Moon was published by them in 2012 and they subsequently published my lighter, less literary novel, Witchlight in 2015.

Arising from my pre-publication experiences, I have come to appreciate the independent thinking and risk-taking that is the hallmark of the best indie publishers. Likewise, I value the personal approach, sympathetic communication and resultant ability to have a direct involvement in the process of publication and book marketing that good indie publishing can provide. I value my indie publisher and, in return, feel valued and understood by them. They care what I think.

There is, of course, a downside – nothing is perfect. Indie publishers don’t have the size of marketing budget or the sales reach of the big players. I doubt I’m going to make my fortune with Vagabondage Press, but my book (indeed, both novels) has been published and is out there. People are buying it and reading it. People have enjoyed it and found it thought-provoking (at least, they tell me they have). This wouldn’t have happened without the independent thinking and publishing practices of my indie-publisher. I am pleased I chose indie.

Jay Lemming’s interview with J.S. Watts can be found here. 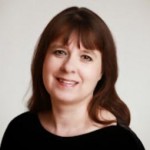 J.S.Watts is a UK writer. She was born in London and now lives and writes in East Anglia. In between, she read English at Somerville College, Oxford and spent many years working in the British education sector. Her poetry, short stories and book reviews appear in a variety of publications in Britain, Canada, Australia, New Zealand and the States including Acumen, Brittle Star, Envoi, Mslexia and Orbis and have been broadcast on BBC and independent Radio. She has been Poetry Reviews Editor for Open Wide Magazine and Poetry Editor for Ethereal Tales. Her debut poetry collection “Cats and Other Myths”, a multi-award nominated poetry pamphlet “Songs of Steelyard Sue”, and her latest collection “Years Ago You Coloured Me”, are published by Lapwing Publications. Her novels, “A Darker Moon” and “Witchlight” are published by Vagabondage Press. See www.jswatts.co.uk for further details.