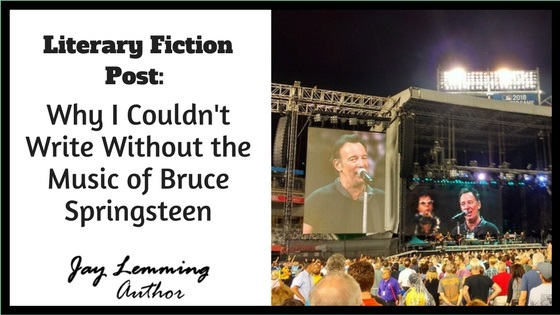 Why I Learned to Write

When I was a kid, there were times when I was reading a book–It by Stephen King or The World According to Garp by John Irving–and would come upon a scene or a character conflict that made me shudder and sit up in my seat. It was like the author had managed to capture some meaningful part of life in a bottle. I had no idea how a writer could harness such power but I knew I wanted to do that too, which is one reason I decided to become a writer.

Over the years, starting with a creative writing course during my senior year in high school, I began to learn what it took to write. I learned how to develop characters, to escalate conflict, to build scenes and so many other things. I learned that the power conveyed by great writing can be broken down into the nuts and bolts of craft and technique.

Great writing continues to evoke great emotion to this day. I’m currently reading All Things Cease to Appear by Elizabeth Brundage and it’s powerful stuff. But I also have a much better idea about how to make the sausage.

The Power of Bruce Springsteen

The same power that urged me to learn to write comes from music. Back in the mid-1980s, my sister listened non-stop to Springsteen’s commercial breakout album, Born in the USA. I was too busy listening to Dire Straits to pay much attention. But when the 1975-85 Springsteen box set came out and then, a few years later, Tunnel of Love, I took notice. In 1992, when I finally saw Springsteen live, it was like experiencing the rapture.

Anyone who has ever seen Bruce Springsteen in concert knows it is less like a concert and more like a religious revival. The guy rocks for three and a half to four hours, throws himself into the crowd, leans into the people from the stage to grip their hands and sing to them face-to-face, and takes signs with the names of songs up to the band for them to play, like no other performer. He improvises the hell out of each show, channeling other people, props and whatever else happens to be available into something absolutely riveting.

The exchange of energy between the singer and the crowd is magnetic. He’s over 65 years old by now but he played last Thursday for close to four hours without stopping.

Springsteen does the same thing I have always admired in other writers: create the kind of power or energy which leaves an indelible trace in the memory and sensibility of the audience, and which leaves them feeling that the experience they have just gone through was worth their time and money.

What I Hope My Stories Do

Anyone reading my last few emails knows I’m hard at work on a collection of short stories scheduled to be published in the spring of next year, called Three Billy Maddox Stories. The first story, “Billy and Darla”, is available in EPUB, MOBI and PDF formats.

I am already 11,000 words into the next story, “Green Bay Outsiders”, and it is going strong.

My hope is that my readers will one day feel as though I’ve left them with a memorable experience, too. One important theme of “Billy and Darla” is parental neglect, though the subject doesn’t get explicitly mentioned throughout the story except during an early-morning confession by Darla. In “Green Bay Outsiders”, it is the restlessness of a young man in the surburbs of Green Bay, Wisconsin that powers the story. I already have a good idea about what the third story in the book will be about but I will save discussing that for a future post.

At the end of the day, and despite the title of this post, I COULD write without the music of Bruce Springsteen. His songs and his songwriting are messengers, nothing more, though they are pretty damn effective. But Springsteen delivers the kind of furious power that brings listeners alive and to their feet. And with lives at the mercy of quite a bit of responsibility and obligation, most people might welcome that kind of distraction and consider it a pretty attractive emotion.

Comment: What makes you feel the most alive? Is it a musician, a book or a film? Leave your thoughts in the comments section below.