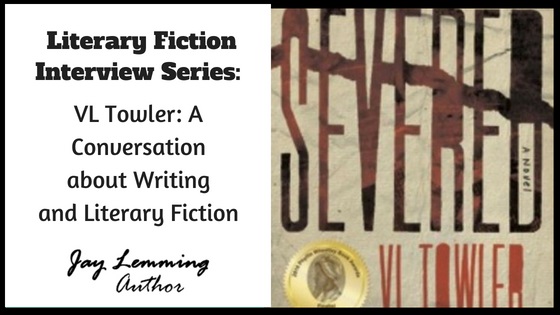 VL Towler is the 13th author to participate in my interview series with independent authors of literary fiction. If you publish independently and wish to participate, please click through the image on the right column of the screen that reads “Call for Survey Respondents: Indie Authors of Literary Fiction”. If you wish to receive email notices when future interviews are published, click the link toward the bottom of this post, just above the bio.

My seed was a conceptual one. I had things I wanted to say and found a means to say it through storytelling.

It existed from the beginning.

I had a thematic destination, but my characters told me how to get there. It took me 15 years to finally listen to my characters, whom I ignored initially.

Literary fiction is a storytelling vehicle that incorporates intellectual themes in the story that challenge the reader to think.

My goal was to give readers an insight into what it means to be an educated female Black American without being pedantic.

I believe I am a writer of literary fiction, but in order to not be disregarded or disrespected, use mystery writing to engage the reader to learn without his or her realizing it.

My novel is a solid mystery. It’s packed with social commentary, however, that folds into the mystery.

I don’t think people want to be force-fed when they read. They want to relax. Therefore, I have to find a subtle way of discussing issues in an inoffensive way. My protagonist is a Black American forensic anthropologist, clinical, unemotional in a sense, but she’s a good foil around whom other characters revolve, raising the diverse themes I want to address.

I don’t think it will happen until Americans really start being enticed outside their genre comfort zones to make inroads into being introduced to literary fiction.

Comment: Questions or observations for VL Towler can be left in the comments section below.  If you’re an author who wishes to join the ranks of other writers of literary fiction who have participated in the LitFic survey, click here. 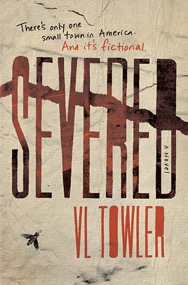 VL Towler is a multi-lingual attorney who received a Bachelor’s Degree in Foreign Service at Georgetown University in Washington, D.C., joined the Peace Corps, working in the Philippines as a Refugee Caseworker in the Indochinese Refugee Camps there and in Thailand. Returning to the U.S. after four years, Towler entered the University of California Hastings School of Law, and, after graduation, joined the U.S. Department of Justice as an Honor Grad.

On July 16, 2016, “Severed, A Novel” placed in the nation-wide finals of the Phillis Wheatley Book Awards at the Harlem Book Fair, juried by librarians. Towler won a Screenwriting Fellowship with the Writers Guild of America East Foundation.