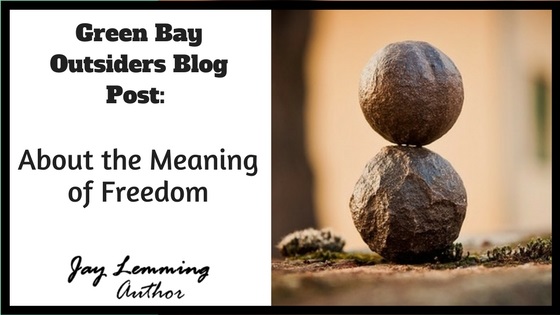 My long short story, “Green Bay Outsiders”, is coming along. Yes, I know I’ve been at work on it for a while and it’s dangerously close to turning into a novella, truth be told. I converted the manuscript into Microsoft Word the other day just to see how long it was, and it had reached 170 pages. When did that happen?
In any case, one of the fun things about writing a story that turns long is that new themes emerge, or existing themes take on depth or nuance you originally didn’t expect. I posted my first post about “Green Bay Outsiders” back in September when the only thing I really knew was that one of the main characters, Jack Billings, was a Vietnam vet who had fought in Khe Sanh in 1968.

Since then, the story has evolved to focus less on Jack’s character (though he continues to play a critical role) and more on Carl Daniels, the 22-year-old who ultimately becomes a Border Patrol agent as depicted in my novel, Billy Maddox Takes His Shot.
I’ve written a lot over the past couple weeks and the theme that has emerged most predominantly is that of freedom. In particular, what does it mean to act according to one’s sense of personal freedom and desire, rather than to fill a role that one might find set out for oneself by other forces such as family, friends and lovers? The story opens with Carl in his regular, downtown Green Bay Bar with his friends. It’s happy hour on a Friday night, maybe three to four months after they all have graduated from the University of Wisconsin. And all, fortunately, have landed pretty well for college graduates, meaning they have all found entry-level jobs in their respective professions.
Carl serves as a consumer loan officer for the Marine Credit Union on East Main Street and his girlfriend, Amelia, has been encouraging him to pursue his license to become a mortgage loan originator to move ahead in his career. The only problem is that for a while now, something has been nagging at Carl, and on this particular night, he rejects the attention of his lady love and ends up ostracized by his friends, as a result. He returns home, realizing that a certain comfortable reality he has been living – with friends, family and the prospect of a budding career – just doesn’t meet some of his deeper, long-term life goals, that he is only now admitting to himself.
Over the period of the following several days, he will have a series of painful discussions with friends and family, have his first encounter with two Border Patrol agents who were recently assigned to the Port of Green Bay’s facilities for cargo inspections, and ultimately come to the conclusion that while freedom might seem an attractive proposition – the ability to pursue one’s chosen individual path in life – every individual is tied to others and the prospect of rejecting those ties can cause significant anxiety and hurt for all around.
When I started writing this story, my intent, really, was to demonstrate that coming-of-age stories shouldn’t be limited to one’s adolescent years. Real personal choices start in one’s 20s when one goes out into the workforce and develops the first experience of economic self-subsistence.  Although for the most part, I have kept true to that theme, I would say that, as the story went on, a sub-theme that has emerged is that of pain. In particular, the pain of going against the grain or of following one’s personal choices.
That’s what Carl chooses to do. He doesn’t quite realize, at the outset of the story, what kind of journey he has embarked on, but toward the end of the story, with several relationships ruined and in tatters around him, he realizes that the price of freedom can be quite steep.
Have you ever invested in a personal act of freedom to do what you wanted and which shoved up against societal expectations? What was the outcome? What was the experience like?
[yikes-mailchimp form=”3″ submit=”Sign up to Jay’s mailing list”]