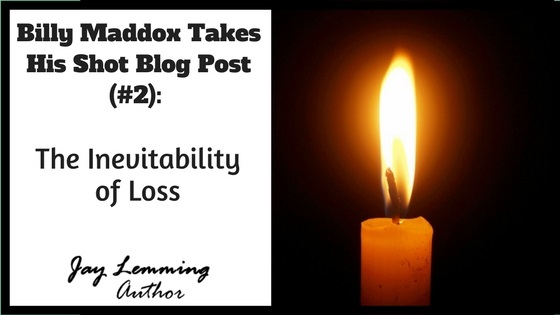 Life is full of disappointments. Life is suffering. All things must pass.
Anyone who ever wanted to pinpoint the source of some of life’s major pain points would do well to heed these oft-used expressions. Billy Maddox Takes Shot, my novel about the life of a young Border Patrol agent in southern Arizona, takes aim at the latter (“All things must pass”) though in a less philosophical and more violent manner.

In the novel’s opening scene, protagonist Billy Maddox is driving down Santa Cruz County’s Interstate 19 on his way to his first day on the job with the Border Patrol. He’s having trouble concentrating as memories of the day his brother died in a shootout between, er, Border Patrol agents and drug mules who had illegally crossed the border with bags of “mota” slung across their shoulders, keep roaring back to mind.

Another saying indicates that life is less about what happens to us and more about how we respond to those things. In that case, Billy would do well to improve his responses. A young man angry, frustrated and, as the novel demonstrates, prone to lashing out, he is doing little more than following in the footsteps of his father who became hardened by the family tragedy.
Billy Maddox Takes His Shot is about a lot of things, but dealing with loss is a big one. (Access the readers’ guide here.) Things happen, time passes and the extent to which we let the things we have loved and lost continue to impact us has a lot to do with what our future looks like. The title of the book, Billy Maddox Takes His Shot, is a dual reference, one to an actual shot Billy eventually takes with his Brigadier Beretta. The other is a reference to his desire to escape memories of a painful past, not only of what he lost–his brother in a painful event–but also of his father’s response to death.
Billy only has one future. What will he do with it?

Understanding is the beginning of healing. If it takes Billy a while to get there–and I won’t say if he does to avoid giving away potential spoilers–understanding also presents a problem for Billy’s supervisor, Carl, a somewhat idiosyncratic veteran agent who is well respected by colleagues but has a painful story of his own.

Of course, for Billy, there are stakes for more than just him. Whether or not he can come to a healthier reckoning with personal tragedy will have an effect on his family life. He has a wife and a young son. But as the book opens, things are not looking too well for the Maddox family. Interspersed with memories of his brother’s death, Billy also remembers that morning as he was getting dressed for work.

As his wife, Jessica, fixes the collar on his Border Patrol uniform, she frankly explains to him that she would have left him already if it hadn’t been for their son.

Loss is a part of everything. It is all-pervasive and is the source of so much anguish in people’s lives. But it is a fact and, if Billy is to ever create a better future for himself and his family, he is going to have to face the fact of loss, acknowledge it, take a deep breath and even break down for a short while if he needs to. But then he has to move on.

Have you ever expected a particularly painful event in your life that you struggled to deal with? How did you respond? Please comment below.