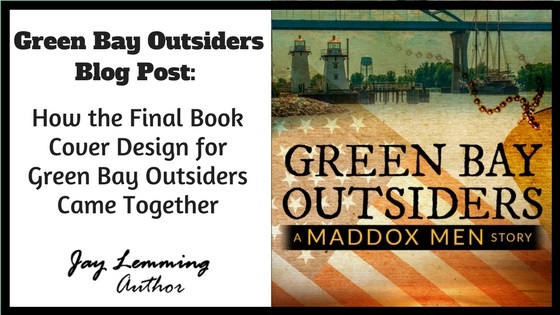 A huge thanks to everyone who contributed feedback on the three proposed cover design options for Green Bay Outsiders. In all, more than 30 people offered really great and insightful perspectives. Admittedly, the favorite book cover design among my readers was almost neck-and-neck between two of the three proposals. With that said, the final choice is the result of suggestions made concerning ALL three covers. So with that said, here’s a list of choices I made based on reader feedback:

So that’s it! The book cover design for Green Bay Outsiders has been finalized and now it’s up to me to finish the manuscript and make it available to you.

Within the next month, I expect to make the novel available for preorder on Amazon (so you can order a copy before it’s been published). And I will also ask your support as advance reviewers, meaning if you’d be willing to leave a review of Green Bay Outsiders before it’s actually published, I will be happy to send you an advance copy at no charge.Thanks again for your feedback. Please leave a comment below about what you think of the final cover.