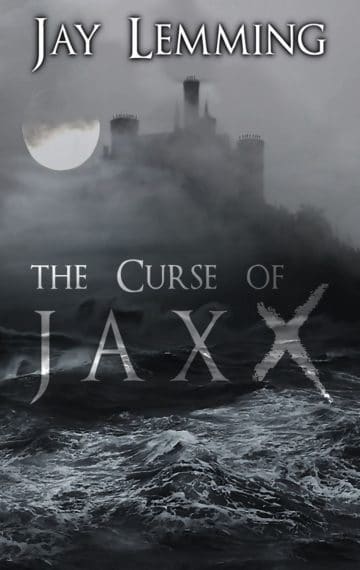 Cursed and abandoned on the lonely outpost of a forgotten planet!

Born on the turbulent sea’s edge of a deserted world, 500 denizens roam their castle of broken stone and bone, held in thrall to the fear of some dark creature of myth. Wizened and wise-seeming leaders of this abandoned realm, Old Darius and the Elders, alone may decipher the hieroglyphics carved deep into the curtain walls which tell the tale of the curse that has gripped them since the commitment of a sin of abominable proportions countless generations ago.

Armor-clad sentries now stand in vigil on lofty battlements facing the violent sea and awaiting the return of unspeakable evil; the moon whispers the name of their tormentor to those who dare stare upon its face but drives to madness those who do not turn away. The citizens of this community love one another but everything is about to change.

For following the departure of a brave team who pursue through the forest a rumored path that may lead to salvation, a series of discoveries is made within the castle that trigger a final unfolding. Are the leaders of the community true? Is the nature of the world they live in even more disturbing than they imagined? Has their wait come to an end?

The sentries tighten their grips on their halberds. The sea’s white-foam breakers smash against the castle walls and the voice of the moon resonates. Justice will prevail and vengeance is not long behind.

The Curse of Jaxx is the first in a series of dark mythical tales inspired by the weird work of H.P. Lovecraft. Readers of Lovecraft, Algernon Blackwood, Arthur Machen and other writers of dark fantasy will find in this tale something grossly spine-tingling, terrible and unforgettable.

Are you ready? The time has come for the fulfillment of the curse of Jaxx!