Greetings, all! It’s been a while since you heard from me. Several life events occurred earlier this year – good events, I should mention to avoid creating any unnecessary sense of mystery. I intended to get back to you all earlier this summer but at the same time I revamped my website. That project was NOT without its challenges and ended up bringing me deeper into the world of servers and website hosting know-hows than I ever thought I needed (or wanted) to go! In any case…

END_OF_DOCUMENT_TOKEN_TO_BE_REPLACED

Happy new year, readers! Last year around this time, I published a 2018 New Years resolutions video, which I won’t bother to link to here since I fell marvelously short of my goals. I did end up learning a lot more than I realized I needed to learn. But learning and getting things done aren’t always the same thing.

Results count so, with that in mind (as well as following a bruising year of not getting done what I anticipated) I’m happy to share a new set of goals for the coming 2019, starting with some good news.

END_OF_DOCUMENT_TOKEN_TO_BE_REPLACED 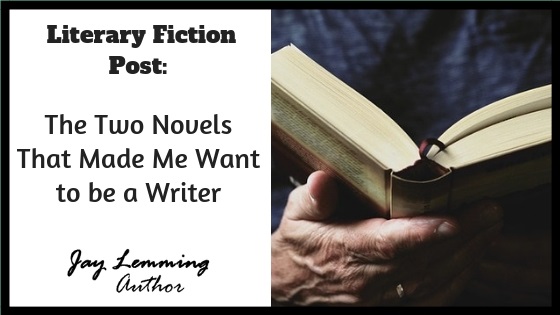 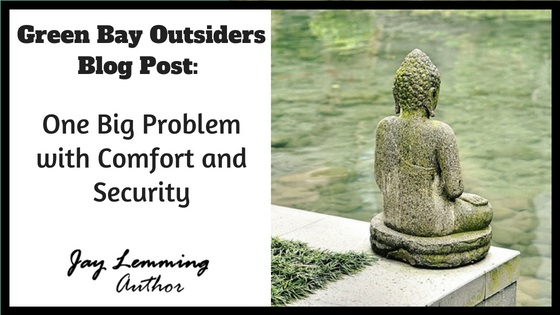 With all the disruptions and upheavals in daily life, the fears and anxieties of isolation and of looking bad, it’s always tempting to find a place – anyplace – where one can feel comfortable and secure, where one belongs. We are all social creatures and seeking out a group that offers validation can be an incredibly powerful motivator for behavior. The problem with that kind of pursuit, though, is that it’s all too possible to get caught up with the wrong crowd. By that I don’t mean a law-breaking, rock-throwing, breaking-into-someone’s car kind of crowd. I simply mean the kind of crowd that doesn’t really work with where you happen to be in life (other than by offering that very human need for validation).
END_OF_DOCUMENT_TOKEN_TO_BE_REPLACED 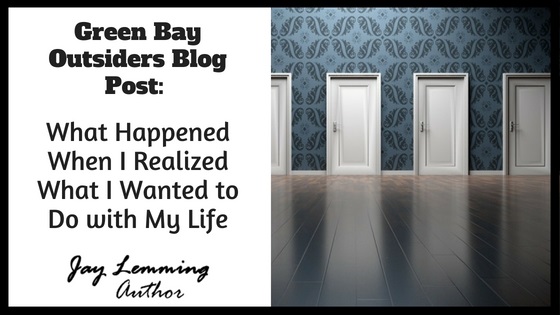 I figured out what I wanted to do with my life before I was 20 years old. That is a far cry from Carl Daniels, the protagonist in my upcoming novel, Green Bay Outsiders, who has absolutely no clue what he wants to do when he graduates from college. By that point, he is 22. And the realization that he has to start making plans to find out what he wants to do is crucial if he wants to avoid falling into a miserable lifestyle set by everyone else’s expectations.

Not long after I discovered a love of writing during a creative writing course my senior year in high school, I knew that was something I would want to do in the future. But of course I was going to have to make countless choices in the following years – education, employment, travel, friendships, romance, adult responsibility – and for a while I drifted from one experience to another, experimenting, trying things out and ultimately returning to what I always loved.

This is how it all went down and what happened when I realized what I wanted to do with my life. (Too bad for Carl who doesn’t realize what he wants to do yet; he must decide if he needs to rip himself away from everything he already has in his life to discover something he considers more fulfilling.)
END_OF_DOCUMENT_TOKEN_TO_BE_REPLACED 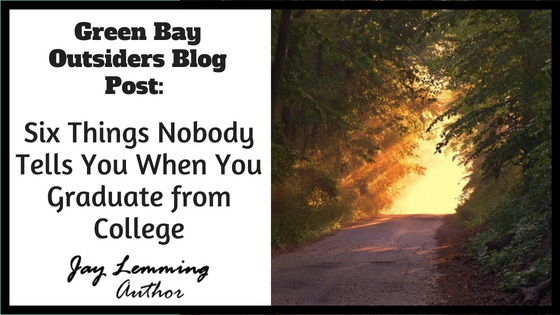 My current work in progress, Green Bay Outsiders, is about a group of friends who recently completed their undergraduate studies at the University of Wisconsin – Green Bay and are facing the real world for the first time as newly graduated adults. Things don’t end up going well for several of them and, in particular, for the protagonist Carl Daniels. He is, however, also the source of disappointment for one of his female friends due to his reluctance to return her romantic affection.

The post-college world can be a scary time. And there will be no shortage of well-meaning advice. A lot of important experiences that new graduates face never get communicated and can only be found out through personal experience. Hence my interest in writing this book. It’s been more than 20 years since I graduated college, so Green Bay Outsiders is not an autobiographical story by any means. But the topic is of great interest to me.

Occasionally, I will trace my life decisions back to find out what earlier experiences brought me to where I am today.
END_OF_DOCUMENT_TOKEN_TO_BE_REPLACED