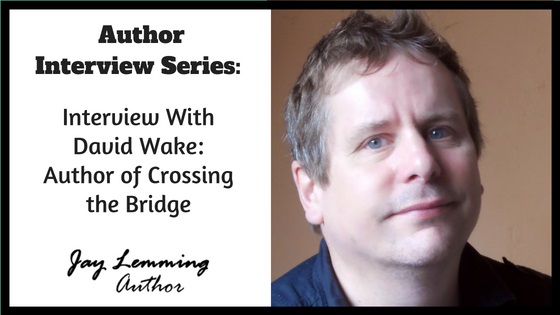 David Wake was the Chairbeing of the Birmingham Science Fiction and Fantasy Society at the University of Birmingham and a member of SF fandom ever since. He started writing for the theatre in 1998, with 18 plays produced, winning awards and taking two shows to the Edinburgh Fringe. It was while taking an MA in Creative Writing at Birmingham City University that he was introduced to Indie Publishing. He’s published six novels: I, Phone (Eastercon 2013), The Derring-Do Club and the Empire of the Dead (ArmadaCon 2013, where he was a Guest of Honour), Hashtag (Eastercon 2014), and continued his steampunk series with The Derring-Do Club and the Year of the Chrononauts (Worldcon 2014), The Derring-Do Club and the Invasion of the Grey (Mancunicon 2016), and Crossing the Bridge (Watledge 2017).
END_OF_DOCUMENT_TOKEN_TO_BE_REPLACED