August 22, 2020 Note: Green Bay Outsiders has launched and is now available on Amazon by clicking here.

Below is a Q&A session in which I was interviewed about my novel, Green Bay Outsiders. You’ve been hearing a lot about it. This interview takes readers more in-depth about what inspired me to write the story and what I hope it accomplishes.

END_OF_DOCUMENT_TOKEN_TO_BE_REPLACED 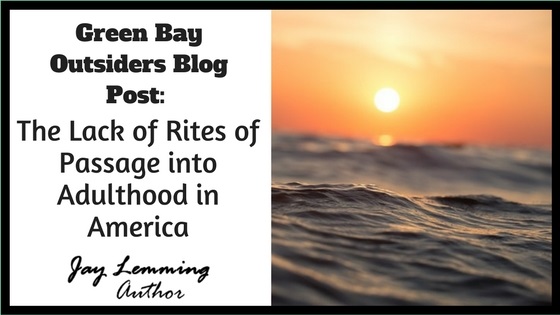 Years ago, I read Into the Wild by Jon Krakauer. It was the historical account of Christopher McCandless, a young man who graduated to great promise from Emory University in the early 1990s only to abandon any semblance of identity (he literally burned all forms of identification) and left his home and family behind to hit the road on a cross-country trip. Chris ultimately ended up living out of an abandoned bus through a snowy Alaskan winter north of Denali National Park and, while incredibly resourceful, he ended up making one tactical mistake–he ate poisonous berries–and ended up perishing shortly before the spring thaw. His journey, both physically and psychologically, was introspective and meditative.
END_OF_DOCUMENT_TOKEN_TO_BE_REPLACED