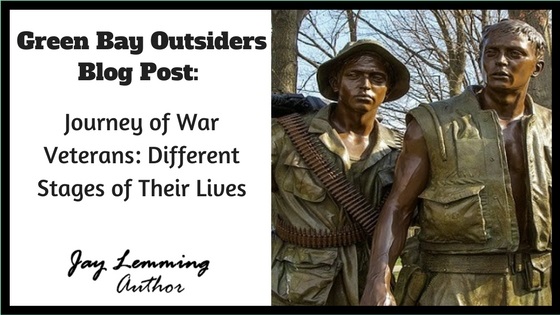 When I first started writing Green Bay Outsiders, my current work in progress, I knew one of my characters was going to be a Vietnam War veteran so I delved into stories that highlight the experiences of such men and women. Although Sylvester Stallone often serves as the butt of jokes because of the many atrocious movies he has made during his career, many other films he has made have significantly more merit, including the first “First Blood” movie. The film, released in 1982, approximately a decade after the end of the Vietnam War, shows a war veteran displaced by the trauma of his experiences overseas whose buddies back home are dying from various ailments and who can’t find a home for himself back on American turf.
END_OF_DOCUMENT_TOKEN_TO_BE_REPLACED